Veggie is the new lifestyle. It became known as the green revolution and today it is a consolidated trend. The vegan food market has a value of U$ 14.2 billion in 2018 and has a projection of U$ 31.4 billion for 2026 with a CAGR of 10.5% for the period between 2019 and 2026. Within this group, the market for plant-based proteins will grow at a value of U$ 9.43 billion by 2026, which is also inspiring innovation and differentiation in the cosmetic field. The veggie trend has reached the European Parliament, which last October debated and rejected Amendment 165, which sought to prohibit that meat made from vegetables be called hamburgers or sausages. On the other hand, a March report from plantbasednews.org indicates that the vegan cosmetics market will be close to US $ 21 billion by 2027 with a CAGR of 5.1% for the next 7 years. China, the United States, Japan and Canada are the main markets that will drive this boom. 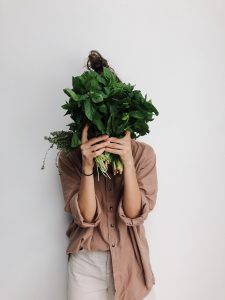 It is also important to consider the differences between veganism and vegetarianism. Although vegetarianism encompasses all those diets in which neither meat nor fish is included, veganism is a type of vegetarianism that goes one step further, since a vegan diet is one in which not only meat is not consumed nor fish, but all those foods of animal origin are excluded. That is, a vegetarian has “permission” to eat eggs, milk, honey, etc. A vegan, no.

This growth is driven by growing concerns and insecurities generated by the pandemic and increased consumer awareness of animal suffering and animal testing. Therefore, vegan cosmetics have two approaches, firstly, to develop and adopt natural substitutes based on plants and vegetables for active ingredients and excipients of animal origin, such as some proteins and derivatives, that is, if a product has dairy derivatives or beeswax it cannot be considered vegan. Secondly, the cruelty-free concept is supported by the vertiginous development of alternatives to animal experimentation and the 3Rs of Russell and Burch (Refinement, Replacement and Reduction, concept created in 1960). Now we see a great offer of alternative methods that avoid animal suffering. The challenge is that none of the ingredients or the formula is tested on animals. In fact, several countries have already regulated this aspect and have laws that prohibit the testing of cosmetic products on animals.

Consumers of vegan cosmetic products want to adopt natural substitutes based on plants and vegetables in their diet, the products they buy, the causes they support and of course, the cosmetics they use. So, we ask ourselves, how is the vegan consumer evolving due to the new reality in which we live? Consumers of beauty products increasingly value naturalness and it is for this reason that vegan cosmetics are booming and growing. We can say that after the effectiveness of the product, naturalness can be the second driver of purchase. Vegan formulas use raw materials of botanical, vegetable and mineral origin in some cases. Next, we are going to see very interesting trends in the vegan field.

Vegan hospital: Beirut opens the world’s first vegan hospital. The management of the Hayek Hospital has decided that it will no longer offer its patients animal products and becomes the first vegan hospital in the world, they started on March 1, 2021. For this reason, the hospital will no longer offer patients products such as ham, cheese, milk and eggs. The portal buenoyvegano.com indicates that serving meat in a hospital is like serving cigarettes since three out of four emerging infectious diseases come from animals. Now we will begin to see foods such as pita, hummus, falafel and beans on the patient’s menu. Statistics indicate that a vegan diet could prevent 5.86 million deaths in 2040. This milestone undoubtedly marks the beginning of a new trend, in which cosmetics will also have an opportunity since there are many cosmetic and hygiene products that are used in hospitals. On the other hand, Australia proposed opening the first school with a vegan philosophy in 2021.

Vegan diet for dogs: Those of us who have had dogs know that they love meat. I had Cobby many years ago, he was a Siberian husky and yes, he liked meat, but the most curious thing is that he loved to eat tomatoes. Yes, tomatoes. They were his favourite food and his weakness (even more than meat). Dogs can eat a plant-based diet, and vegan dog food is all the rage this year.

Celebrity brands: The vegan cosmetics industry is being driven by a host of celebrities. There are famous singers, models and artists who are launching cruelty-free cosmetic brands. They also promote love and care for our animals.

Eau de Cashew: Je t’aime, fromage. This month the first vegan cheese scented perfume was launched. Vegan cheese brand Miyoko ventures into the world of fragrances with a new line of flavourings inspired by vegan cheese. They will initially have three scents: Aged English Farmhouse, Fish-Free Lox, and Vegan Roadhouse. The brand will soon launch other products, such as soap, facial cleanser, eye serum and body wash made with 100% organic cashew nuts.

Vegansexuals: This is an interesting term that has started to be in trend in the networks for a few months. These are people who only have relationships with others who are also vegan. There are ethical, physiological, nutritional and personal care reasons, including the use of cosmetic products that can be shared, that explain this trend.

Edible Beauty: Beauty from within is a concept that has become popular on all continents, increasingly gaining the interest of functional food and nutraceutical companies. This market also demands vegan alternatives, mainly nutritional actives derived from plants with proven anti-ageing benefits.

The three Ss – stress, sleep and skin: Due to the pandemic and the stress we are experiencing because of the confinement and quarantines, vegan cosmetic products have a great opportunity to demonstrate benefits related to the effect of stress and lack of sleep on the skin. The 3 Ss are presented as a great opportunity for innovation in this current scenario. 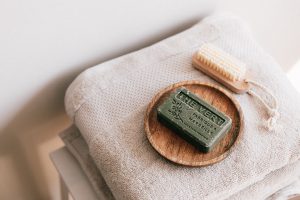 Veganbiotics: We are seeing new vegan technology on the market with proven action to regulate the microbiome and claims related to soothing irritations, sensitive skin and itching.

Solid cosmetics – the great opportunity: Solid cosmetics is also presented as an interesting field for vegan products, since we find shampoos, deodorants, conditioners, facial cleansers, mouthwashes, among other types of products. They are products that can last a long time and in some cases have zero plastic. We see new concepts on the market, such as solid micellar water, solid toothpaste and powdered perfumes.

Respect for animals is essential to guarantee the proper development of societies. Cosmetics find in the vegan world a great opportunity for innovation and differentiation since this is one of the segments with the greatest growth potential. Statistics say that 59% of Gen Y and Z consumers prefer more environmentally-friendly cosmetic products. Vegan Beauty will undoubtedly be a standard for the consumption of cosmetic products in the future.

Want to hear more about the latest marketing trends from John Jimenez? Have a look at all his published articles on Connect.