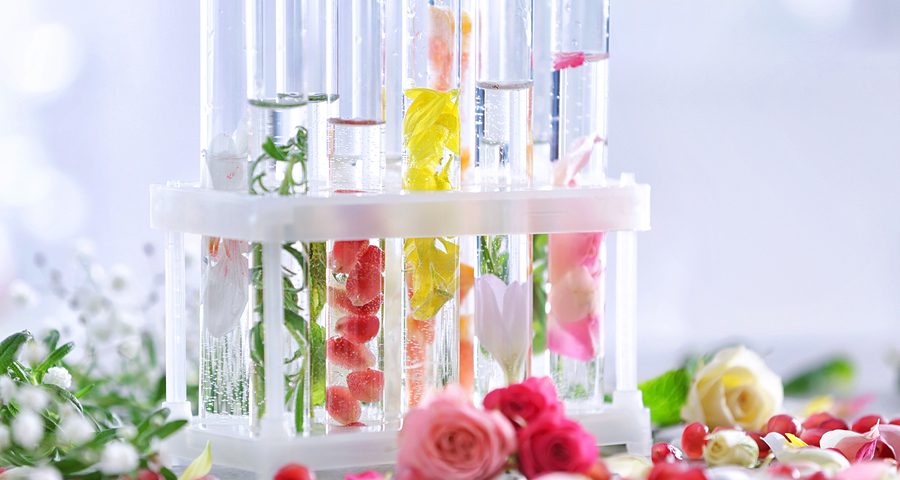 Skincare brands, or Dermocosmetic brands as Brazilians call them, like Vichy, RoC, SkinCeuticals are well liked by the informed public and by women that are submitted to dermatological treatments or plastic surgeries, commons in the country

Natura has TV advertising in prime time associating the Nature with its line Natura Ekos and O Boticario has a Foundation that cares about the preservation of species of animals and plants. Many other brands are looking for more sustainable ways to produce their products and leave this question very clear to their consumers.

According to Euromonitor the consumption of premium fragrances in 2017 in Brazil, reached R$ 1.3 million (Local currency) while mass fragrances, R$ 21.7. In the mass market, 56% of the units sold are women perfumery, 32% are men’s fragrances and 11% are children’s colognes. Unisex is not important in the Brazilian market. Unisex fragrances are not representative in the Brazilian market, but  it opens up  a  niche of fragrances without gender, such as Genderless, by Natura, recently launched. Class C has 42% of its Mix in products in the most economical price range and only 15% in premium.

The main companies of the country invest in Sustainability, Biodiversity and Technology

Natura and O Boticario, the most representative Brazilian companies in this market, are inspiring for the whole market. That is why we focus on them in this article, but every day more and more companies emerge in the country betting on these same principles and are gaining market – nationally and internationally.

Starting with Natura and its Natura Ekos line, fragrances and personal care products with ingredients of Brazilian biodiversity, such as açai, cacao, Brazil nut, passion fruit, pitanga and more. The Natura TodoDia line of body care is best seller in the country in personal care.

SOU, Natura’s personal care line, brings the concept of essentiality taken to the extreme – from packaging to its formulas, which offer the necessary and desired by consumers: vegetable mass, sensory pleasure, hydration and exclusive fragrances.

Since 2000 company develops a production model that involves relations with supplier communities, to stimulate productive chains, defined by fair price, remuneration for use of genetic heritage and valuing traditional knowledge.

Company inaugurated four years ago the ECOPARK, an industrial area for company expand and deepen its presence in the region and to promote local development with the Amazonia Program, which includes the presence of other companies.

There are 16 bio actives most used by Natura in its perfumery. They had a process of registration undertaken by the company which took many years. They are: Estoraque, Capitiu, Priprioca, Lemon Grass, Pitanga, Maracujá, Tonka, Paramela, Mate, Açaí, Breu Branco, Brazilian Nut, Palo Santo, Murumuru, Guarana and Coumaru (Fava Tonka).

The company has a fragrance signature compounded of three actives from the Brazilian biodiversity to use in every fragrance, registered for exclusive use during a certain amount of time: Coumaru, Priprioca and Breu Branco. With this signature Natura produced its first Eau de Parfum, called Perfume do Brasil.

Priprioca, is a kind of grass, with very delicate florets at the tips. These tall stalks of grass hide under the ground, its roots are of unusual fragrance – small tubers that when cut exude a fresh, spicy scent, which surprises olfaction. Among its major components there are: limone, cineol, miternal, spathulenol and oxide-caryophyllene – is a very complex oil and therefore no element plays a majoritary role front to others.

Tonka – Fava-de-Cumaru or Cumaru is a large tropical species, especially common in the Amazon rainforest. It is a tree native to Brazil, Colombia, French Guiana, Guyana, Peru, Suriname and Seychelles Islands, which can reach 30 feet tall. The seed of this fruit, known as fava tonka, contains coumarin, used in perfumery as a substitute for vanilla for flavoring tobacco and snuff and for oil extraction.

Breu Branco is a resin of pleasant and fresh natural odor that comes from the core of the trunk of a tree present in Sustainable Development Reserve of River Iratapuru, in the Amazon rainforest. The tree naturally expels this resin from the tree, as a form of self-protection when it is damaged or stung by an insect of the woods. From this resin is produced the aromatic extract. It is only found in hilly regions of closed forest. Its smell spreads through the Forest. It is possible to see it from the clear reflection of the resin on the trunk, like a rough stone inlaid in the wood. But its smell is hard to describe.

Veronica Kato (Perfumer of Natura Cosmetics) says: “The signature has freshness and the Brazilian way of being, but the Brazilian identity in perfumery is also formed with international concept and packaging.” She also points out that Lavender is one of the favorite scents in Brazil. “It permeates all the social classes.”

Company created Natura Humor with an innovative concept, which proposes taking life less seriously. According to Veronica its fragrance plays with scents, sometimes exaggerating in one of them.
Urban is a male fragrance and like other fragrances of the company, is based in an invitation. This one is an invitation to get involved with the City and its urban sports, urban food and design.

Natura Nature is a children’s colony, which evidences in its packaging an invitation to save water. Recently company launched fragrances Essencial Oud – male and female versions. Deo colognes have floral bouquet with exclusive Natura essential oils. Its bottom consists of velvety and creamy notes of amber and wood. By combining all the opulence of Oud with the essential oil of copaiba, an ingredient of Brazilian biodiversity and woody as well, there is a unique, seductive fragrance with exhilarating exotic contrast. Copaiba is a leafy tree that can reach up to 30 meters height. As a defense mechanism against pests, it produces in its interior an oil-resin that has a rustic and with woody fragrance. “The essential oil of Copaiba has a woody, resinous, with a slightly balsamic character and brings a touch of sensuality to the fragrance”, explains Veronica Kato. It is this rare chemistry between a typically Brazilian ingredient and an oriental ingredient marks the fragrances Essencial Oud. The fragrances are a co-creation between Natura´s perfumer and Pierre Guéros, perfumer of the fragrance house Symrise specialized in Oud.

Lilly Essence – produced through ancient method of Enfleurage, that brings back this extinct technique of extracting essential oils from flowers, valuing the art of ancient perfumery.

Malbec is the first Deo Colony in the world manufactured with wine alcohol, macerated in French oak barrels.

The ingredient that makes the fragrance exclusive is the “Living” of the wine Malbec, obtained from maceration. It is an extremely sophisticated process, for a man rich in nuances, like a fine wine. “It is fresh, woody and spicy, with Plum, Oak and Vanila”, explains Napoleão Bastos, IFF perfumer, that has developed the fragrance together with O Boticario.

Fragrance Houses and the perception of the Brazilian Identity In Fragrances

To Camila Casemiro, Symrise´s marketing Manager Fine Fragrances, “The new freshness presents itself with natural notes (green and citric) and evolve, bringing an elegance and sophistication more casual. Two fronts are revealed by:  a renewed tradition of the grooming, but fresher and modern, through direct aromatic notes, such as lavender, mint and basil. The second, highlights a pungent touch of spices and aromatics with the intention to drop the temperature bringing freshness to a next level with icy fragrances – ginger, lemon and sage in “iced” versions takes the spotlight bringing endless possibilities.”

“I believe that Brazil has an identity of its own. We have many aromatic herbs, which characterize the freshness of this Brazilian identity. We also have a natural part of fruits, with a succulence that is very characteristic of this market. Very different from this most gustative part, more candy that we see internationally. And there is also the resinous part, almost ‘nut’, that we also have and that are of the various nuts we have in Brazil, that makes us proud. We have managed to create an identity that is at once very fresh, joyfull, lively. And at the same time, comfortable and sensual. I think that this is the soul of the Brazilian,” says Milena Siqueira, marketing manager of Mane Brasil for Fine Fragrances.

French perfumer Thierry Bessard from Robertet Brasil has his vision: “Fragrances in Brazil continue to have two main characteristics: They need to be fresh and have a ‘clean’ smell. It’s almost a rule.”

This is one of the reasons that lavender in Brazil continues to work in many categories of products even falling in other markets.

But the Brazilian is a multicultural people which ends up highlighting a lot of olfactory aspects, such as the freshness of the fougère, and aromatic in the masculine and the light and oriental floral innovators, with characteristics gourmands for the feminine.

Actually, in the preference of the feminine and masculine, we do not have great differentiation from the great global preferences, precisely because of the strong influences.

At Givaudan we discussed Brazilian women´s preference for male perfumes because they are fresher. Marion Costero noted that “Brazil is a country with a taste for open environments. The use of male perfumery by women was more intense on 20, 30 years ago, because the national perfumery wasn´t so developed. So it was natural to try other scents. Today the offer is far greater with constant releases, for all tastes and there is no need of using male fragrance.”

By her turn Veronica Casanova, IFF Perfumer, believe that “There is not a Brazilian specific olfactory identity: When the magic happens, the consumer perceives that this brand is this smell and that this smell is this brand”