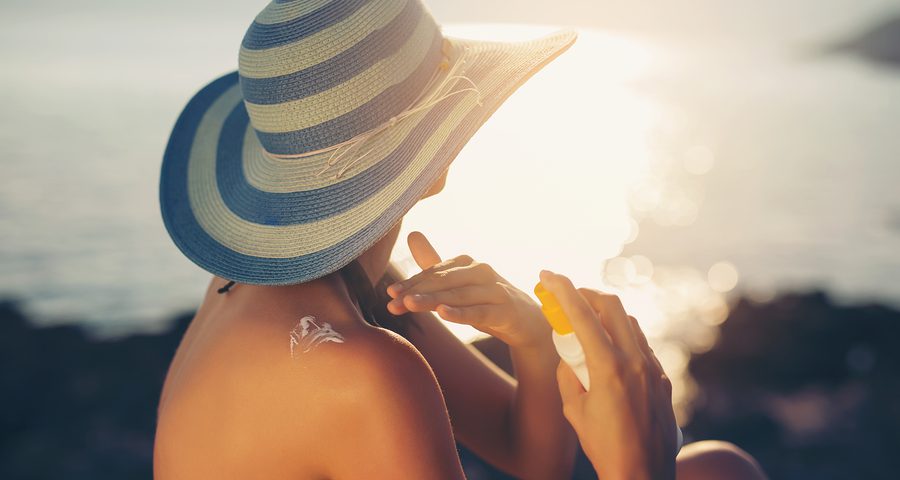 A lot is already known about the effects of solar radiation on our skin. On the one hand sunlight is related to beneficial effects, such as promoting the formation of vitamin D and preventing some diseases, such as osteoporosis. But on the other hand, overexposure to the sun is responsible for various skin problems, such as sunburn, premature aging and non-melanoma skin cancer, which also happens to be one of the most prevalent cancers in Brazil.

Given these facts, protection against solar radiation is clearly important. But the use of sunscreens is associated with intense exposure to the sun, usually in the summer, and there is no culture of using these products on a daily basis.

Is their use only on days of intense exposure to the sun sufficient to protect the skin from possible damage?

To answer that question, we need first to explain how solar radiation reaches the earth's surface. The energy from the sun is transmitted in the form of electromagnetic waves of different wavelengths. Part of this energy has lengths between 100 and 400 nm and this band is called ultraviolet (UV) radiation, which is divided into UVC, which does not reach the earth's surface, and UVB and UVA, which have effects on the skin. Needing to collect information on the incidence of UV rays on Earth, Canadian researchers created the UV Index (UVI) in 1992, which was adopted by the World Health Organization (WHO) in 1994. The UVI is a numerical scale related to UV radiation flux that induces erythema in human skin and is divided into:

It is easy to see from the table that only when the value of the UVI falls in the green category is sun protection not needed. In Brazil, however, even in winter, the UVI measured at midday on a cloudless day varies between the yellow (south of the country) and violet (north) categories, so the recommendation is that you should always protect yourself! The UVI starts varying between 11 and 13 in the Brazilian summer, making it essential to take precautionary measures.

But what if there are clouds?

Clouds act as good attenuators of UV radiation because they cause it to spread out. Although there are studies associating some types of cloud with blocking radiation to a greater or lesser extent, the variation in the amount, their forms and the dynamism of their formations makes it very difficult to predict whether or not to use sun protection. There are also scientific reports stating that some clouds, instead of reducing exposure to UVA on Earth may actually increase it. So this would be yet another reason for taking precautions on a cloudy day!

Apart from the clouds, there are several other local factors that must be considered, such as:

- Altitude: the higher you are, the greater the incidence of UV rays;
- Atmospheric aerosols: places with more pollution tend to reflect more UV radiation, although pollution does not protect you against it;
- The ability of the Earth's surface to reflect radiation: while grass or asphalt reflect 5% of the radiation, a surface with snow is capable of reflecting 90%.

So the combination of different environmental characteristics is quite complex and variable. In some cases it is certain that the incidence of radiation will be reduced, but it should not be forgotten that the effects of solar rays on the skin are cumulative and constant exposure to doses of UV rays increases the risk of developing skin cancer in the long run. Answering the question, therefore, protection only on days of intense exposure is not sufficient and there is only one recommendation: always wear sunscreen!