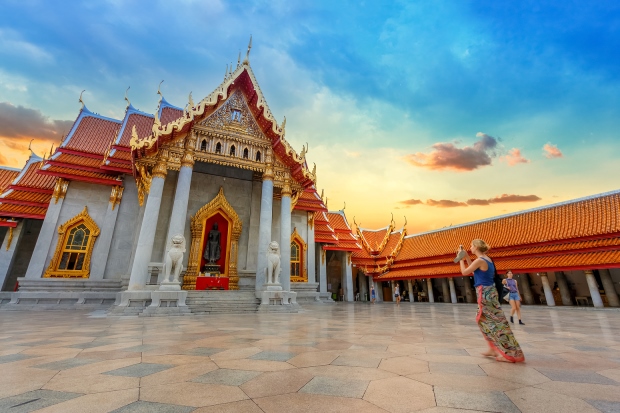 This article is an abridged version of one that appeared in the October 2016 issue of SPC. For more information and to subscribe, visit HPCi Media’s website

Although the economy of Thailand has been lacklustre amid serious political uncertainty following a military coup in 2014, the Thai personal care market has continued to display resilience. According to UK-based market researcher Euromonitor International, Thai retail sales of colour cosmetics in 2015 grew by 7.5% year-on-year to the equivalent of US$583.6m, compared with 2.8% in the economy overall.

This is a phenomenon for which a robust inflow of foreign tourists deserves some, if not most, credit. According to national statistics from the Tourism Authority of Thailand, a record of 29 million foreigners came to Thailand’s temples, beaches and bars in 2015, contributing approximately 10% of the kingdom’s GDP. For this year, the tourism authority predicts 32 million foreign arrivals.

“The Thai economy hasn’t been very good, but tourist customers are our secondary target, and they are offsetting subdued demand by our primary target, namely Thai residents in the mid-to-high income bracket,” says a spokesperson for Bangkok-based Erb, which is known for collections of body and facial creams and soaps, combining traditional Thai ingredients with modern packaging and marketing techniques.

“Our tourist customers find us either on Facebook and Instagram or in our flagship shop in the CentralWorld shopping mall right in the middle of Bangkok,” she adds.

She elaborates that many foreign passers-by are attracted into the Erb flagship store with the help of traditional Thai scents emitted by electric diffusers placed at the store entrances. She furthermore explained that in terms of tourists’ origins, Westerners and mainland Chinese tend to be drawn to Erb’s home fragrances and home spa products, respectively, while Thai customers mainly shop for Erb skin care lines.

Domestic players manage to maintain positions among the top ten players in the market even though they are encountering strong pressure from international players.

“Although international players have the advantage of huge budgets to research and develop new innovations for their already extensive product portfolios, domestic players have made great efforts to compete against international companies, focusing on low-income consumers and demand in provincial areas,” explains Euromonitor Beauty and Fashion Research Analyst Joanna Chan. The country has a population of 67 million and the World Bank said Thailand’s GDP per head in 2015 was $5,816.

Whereas Euromonitor forecasts Thailand colour cosmetics sales will increase by a CAGR (compound annual growth rate) of 4% at constant 2015 prices to reach Thai baht THB24.5bn ($700m) in 2020, UK-based market researcher Canadean, for its part, forecasts the unisex fragrances category to register the fastest growth at a CAGR of 3.5% during 2014-19.

“Around 60% of 18-34-year-olds agree that they like to seek out personal care products formulated using the latest scientific breakthroughs,” says Irene Bi, Associate Analyst at Canadean.

“That means scientifically proven personal care products will start to take off, particularly when they are targeting younger consumers,” she predicts.

One brand focusing on traditional Thai ingredients is Siam Botanicals, whose collection covers facial products, scrubs, massage oils, bath salts, soaps and shampoos. Siam Botanicals claims that its products contain nothing but natural cold pressed oils, and herb, flower and fruit extracts. The ingredients are sourced from Asia and Africa, tested without animals and bottled in Thailand using recycled brown bottles or reusable plastic, for which glass refills are available.

“Despite the slow economy, last year was a good year, as we stepped up promotion in shopping malls and organic farmers’ markets both in Bangkok and Thailand’s second-tier cities, such as Udon Thani,” says Amphrai Durrell, a Siam Botanicals manager.

“Another reason for our success is that we have been opening up sales channels in overseas markets, most notably Hong Kong and Russia,” she adds.

Among the other internationally acclaimed Thai beauty brands inspired by Asian heritage and with spotlight on new natural ingredients, as well as sensitive formulae, are Thann, Panpuri and Harnn, all of which are Bangkok-based.

The full version of this article can be found online at cosmeticsbusiness.com

Cosmetics Business will also be exhibiting at in-cosmetics Asia. To pick up your copies of SPC and SPC China, visit us on booth S39