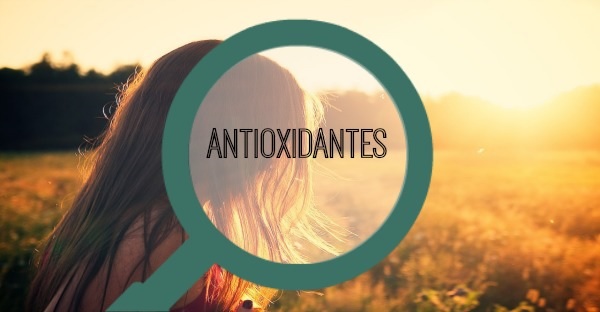 These attacked molecules become free radicals and in turn try to attack other molecules, thus setting up a chain reaction that can damage the organism in several places, such as the skin, causing discoloration, dryness, loss of elasticity and the accelerated forming of wrinkles.

External factors can also produce free radicals. These include, smoking, alcohol, environmental pollutants, radiation, UV light, pesticides, some industrial solvents, and so on.

Antioxidants help fight free radicals that attack the body’s cells, protecting them from the damage caused by oxidation as they impede the formation of free radicals, reducing their impact on the skin, and help stop the destruction of collagen and elastin. There are currently several cosmetics that have antioxidants in their formulas, helping to slow skin aging and preserve the skin’s elasticity and tone. Some of the more common are vitamins C and E; retinol (derived from vitamin A); lycopene, found in tomato and guava; pycnogenol, found in pines, and resveratrol, large amounts of which are to be found in red wine, blueberries and goji berries.

In addition to these innovatory active ingredients, there are others equally as feted and high performing found in products, as the list below shows.

Camellia sinensis Leaf Extract – Has large amounts of zinc and alpha hydroxy acid. In addition to their antioxidant properties, these ingredients also help slow skin aging. The red tea can also be used topically to treat conditions such as eczema, dry skin, itchiness and any other type of skin irritation.

Lycium barbarum Fruit Extract – This works as a dermostimulant and as such can be used to energize the skin and its cells, performing easily and as a result leaving the skin better and healthier. It also has antioxidant and anti-aging properties due to its ability to capture superoxide radicals in vitro and also a result of its ability to inhibit lipid peroxidation.