Why are we talking about anti-pollution personal care?

Shockingly, 92% of the world’s population live in areas where air pollution exceeds WHO limits. As the body’s largest organ and the main barrier between our bodies and exterior pollutants, the skin is one of the first recipients and so has become a hot topic in this arena. “Pollutants generate free radicals on the surface of the skin which can lead to sensitivity. When the level of free radicals exceeds our skin’s defence mechanisms, the skin cells are placed in a state of oxidative stress” explains Collette Haydon, skincare formulator and founder of Lixirskin.

Over the last five years, the beauty and personal care industry has begun to recognise an appetite for beauty products to combat this problem. Indeed, one study found that almost half of Spanish consumers and a third of French consumers would like to learn more about how to protect themselves from pollution.

Similar to many beauty trends, the interest in anti-pollution skincare originally began in Asia. However, just like polluted air, it’s spreading. Rising pollution levels across the world combined with increased consumer concern over climate change has helped to push this beauty trend to the top of the global agenda. Liberty London, for example, saw a 57% increase in the sale of pollution-battling products in 2019. Because of this increased interest in the west, the global anti-pollution skincare products market is expected to grow with a CAGR of 5% over a forecast period from 2019-2025.

When we consider pollution, our minds tend to think about chemical air pollution, such as cars, trains and cigarette smoke. What about light pollution?

A pandemic of increased screen time 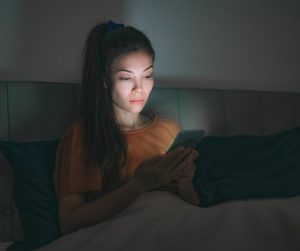 Blue light – otherwise known as high-energy visible (HEV) light – has come under scrutiny since the start of the global pandemic. Blue light is emitted from digital devices including smartphones, computer screens, and tablets. For years, the health effects of blue light have come into question regarding disrupted sleep patterns and eye strain, but there is increasing concern over the potential adverse effects of blue light on the skin.

“We are living in a digital age and are constantly exposed to radiation from mobile phones and other screened devices which is now more commonly known as electropollution or E-pollution,” says Rouah Al-Wakeel, Director, RAW Cosmetics Limited and advisor to in-cosmetics Global and Asia.

There is no denying that the coronavirus pandemic has accelerated the world’s digital dependency. Home confinement and lockdowns across the world resulted in millions of people suddenly working from home, as well as spending additional time in front of screens to stay connected with others. In fact, at the beginning of the European lockdowns in Spring 2020, reports suggested that smartphone use went up by 70% worldwide, while laptop usage saw a 40% increase.

As such, there is a clear correlation with increased consumer concern. Global search platform, Stylight noted a 136% increase in Google searches for “blue light skincare” since the beginning of 2019, most notably peaking at a 336% increase in May 2020 – the height of the first lockdown.

Of course, it’s worth noting that sunlight is still the main source of blue light. “The amount of HEV light these devices emit is only a fraction of that emitted by the sun. But the amount of time people spend using these devices and the proximity of these screens to the user’s face has dermatologists concerned about its long-term effects” says Dr. Purvisha Patel, founder of Visha Skincare.

Plus, as blue light doesn’t cause the skin to visibly burn as it does with UV rays, it’s hard for both consumers and scientists to quantify or realise the damage. Dr Murad, dermatologist and founder of Murad Skincare Inc, explains that “spending four eight-hour workdays in front of a computer exposes you to the same amount of energy as 20 minutes in the mid-day sun. To put this in perspective, seven minutes of sun exposure at 1 pm is powerful enough to induce immediate tanning“. Rouah Al-Wakeel adds: “Previously, UV was considered to be the most damaging radiation of the solar spectrum, however, research is emerging which shows that exposure of IR and blue light also results in significant damage.” 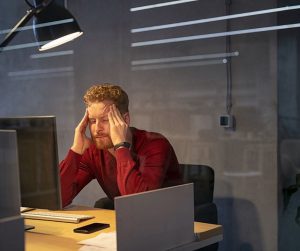 She goes on to note how blue light inhibits the production of melatonin – the hormone that regulates the body’s circadian rhythm – and so excessive use of screen devices at night can reduce the quality of sleep which contributes to photo-ageing of the skin. This is backed up by research from Estée Lauder; Dr Nadine Pernodet of Estée Lauder explains that its “results indicate that exposure to blue light at night can throw skin’s natural circadian rhythm ‘out-of-sync’, causing skin cells to continue to ‘think’ it is daytime, impacting their natural night-time repair process, which can lead to visible signs of ageing, and even dark under-eye circles.”

This increased screen time and fears over the effects of blue light pollution has prompted a wave of blue light skincare product launches within the beauty and personal care industry. Data from NPD Group shows that in the first half of 2020, sales of blue light protective skincare products saw a 170% increase and makeup products that claim to protect against blue light also saw a 179% increase. NPD’s beauty industry analyst Larissa Jensen says: “We saw really, really strong growth in 2019, so it was already a trend. But that growth accelerated in the first half of 2020. A lot of it had to do with the pandemic and many consumers in lockdown and an increased amount of working from home”.

Skincare with blue light protection aims to physically block the blue light and fight off free radicals before they can damage the skin, often including a range of antioxidant ingredients such as vitamin C, vitamin A, vitamin E, Niacinamide, Flavonoids, and more. Consumers are increasingly aware of the claims linked to the ingredients in their beauty and personal care products and are searching for products that include these antioxidant properties. One report found that searches for the top vitamin C serums rose by over 1,000% in late 2020 to early 2021, compared to the same period last year.

Beauty therapist Nuala Woulfe says: “skin naturally contains antioxidants such as vitamin E, but these antioxidants are quickly used up when the skin is exposed to excess free radicals such as UV light, visible blue light and other environmental factors such as pollution. Applying topical antioxidants in the form of good skincare, as well as eating a diet rich in antioxidants from fresh fruit and vegetables, can boost our skin’s defence against oxidative environmental damage.”

The latest products hitting the market

There are now a whole host of anti-pollution products on the market, from Dr Barbara Sturm’s Anti-Pollution Drops to BareMinerals Complexion Rescue Defense, all of which claim to ward off damage from blue light.

Launched in May 2020 at the height of the pandemic, Goodhabit claims to be ‘built for the digitally native generation’ by pioneering the movement in defending skin against artificial blue light. Its range of serums, moisturisers, cleansers, and toners use its ‘BLU5 technology’ and rely on marine actives – which supposedly form a protective film against blue light and pollutants – as the hero ingredient.

Elsewhere, Ilia’s Super Serum Skin Tint uses hydrolysed algae and non-nano zinc oxide which claims to provide a barrier from blue light. According to the founder Sasha Plavsic, the product launched in February 2020 and within four months was the second most popular foundation at retailer, Sephora. Plavsic noted an uptick in sales during the pandemic and says: “it appears to be the Zoom product of choice.”

Is the future blue?

In the short period of just one year, global health concerns and beauty and personal care trends have shifted so dramatically due to the global pandemic. The blue light protection trend is still young, and without conclusive evidence, there is some argument around how detrimental blue light is to skin and the effectiveness of products claiming to mitigate damage.

Despite some claims that blue light pollution is simply a marketing strategy, Loretta Ciraldo, dermatologist and Co-Founder of Dr Loretta Skin Care believes “there is a place for blue-light protection within skin-care routines, especially if you spend a lot of time in front of digital devices.”As the world enters a ‘new normal’, NPD’s Larissa Jensen reiterates this point: “even as we start to tentatively venture out, the chances are we’re still going to have a more increased percentage of time in front of technology. It’s something that we believe will continue to be strong throughout this year and even into next year,”.

Attendees at this year’s in-cosmetics Global will be able to source ingredients for anti-pollution products from a host of exhibitors including: 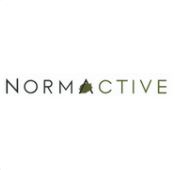 NORMACTIVE develops and manufactures natural cosmetic active ingredients for hair and skincare. Its product, POLLUFENCE™️ prevents skin damage caused by pollution by forming a barrier that stops the pollutant particles from sticking to the skin and repairs damaged skin by neutralising free radicals caused by pollution. 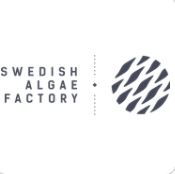 Swedish Algae Factory AB aims to use algae to produce valuable high-tech materials that are good for our planet and our health. Its product Algica is a high-tech material with anti-polluting properties that can be utilised as a highly efficient moisturiser, cleanser and rheology modifier. 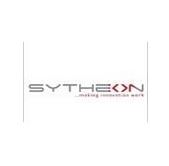