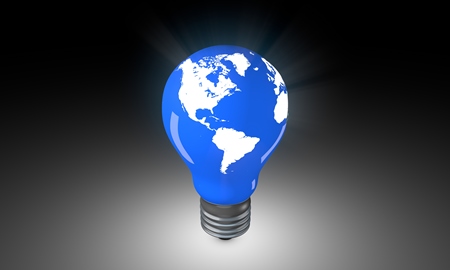 Datamonitor’s Data Analytics database says that all 10 world Toiletries, Fragrance and Cosmetics (HPPC) markets in full growth in terms of value are developing countries. The expanded middle classes, the increased disposable income, more ‘aspirational’ desires, the growth in sales channels, improved quality and design and advanced technologies are some of the key factors for growth.

Countries such as Chile, Colombia and Mexico are experiencing economic growth above the Latin-American mean, put at a yearly 3.1%. Chile (5.5%), Colombia (4.8%) and Mexico (3.5%) have seen increased economies as a result of their trade with Asia, mainly the export of goods to China.

Some factors which have made for continued two-digit-plus growth in Brazilian industry over the last 17 years have included increased life expectancy, an expanded Class C, the modernization of factories and increased productivity. For the new consumers who are emerging in economic terms, the new products justly emphasize luxury and making this available to the consumer who is increasingly clamoring for novelty.

Another Brazilian trend is a huge opportunity for multipurpose cosmetics. People are increasingly turning to products with several benefits in one, meaning ease of use and reduced time of application.

Chile’s increased number of women in the workplace has helped drive the county’s HPPC sales as these consumers understand how important grooming is for recognition and an enhanced professional career. A further factor strengthening the market is the strong showing of direct sales companies with higher aggregated value products and consumers’ desire to purchase them, for their quality and benefits, heralding new retail opportunities.

Colombia’s standout trend and opportunity is in the much-growing male market. The sector has immense potential but needs innovations and launches. The challenge for this segment of the population is increasing how often products are used and repurchased. Hence the development of multipurpose products and shaving products being great opportunities. Enlarged sales channels for these buyers is also necessary, facilitating access to shopping via convenience stores, shopping aisles, internet sales, etc.

In Mexico, the expanded middle class is driving the growth of medium-priced products. Men are becoming the target of HPPPC products. Increased urban living and women in the workforce are impacting significantly on consumer habits in terms of beauty products and personal care items.

This increased number of women in the workplace continues to drive the growth of men’s products, as Mexican men are increasingly more concerned with their appearance in view of the stronger competition and the search for jobs and promotion.

Comparing 2008 and 2012 in Brazil, franchising and traditional retail had a growth of 3.4 and 2.0 percentage points in turn, while direct sale and wholesale fell.

Another datum to consider is the variation of sales channels (multichannel) as an important factor involved in sector growth. Although representing 3% of world sale, e-commerce in cosmetics is tending to grow gradually.

In terms of sales channels in Chile, specialized retail/franchise was stronger in 2012, and direct sales grew 18%, comparing 2008 to 2012.

Mexico’s sales channels are well defined and stable, comparing 2008 date with that of 2012 and the sales channels’ market shares are very similar, with no great variations.